The Debate of Personality

When I was an undergrad in the late 80’s, I remember lessons exhorting culture and the “happiness” of employees as being a key variable in an organization’s success. I was taught that if employees were satisfied with the workplace and their loyalty was earned, the company would build value.

In 2003, I began a Master’s in Management program. This was back when I was taught, and experienced in my day job, that current American management wisdom was that people are replaceable and if you could not easily measure employees satisfaction, it was not a variable worth minding.

I eventually grew enlightened with the conventional wisdom that went against my first instincts.

Over the past few years, I have noticed a new philosophy take root. It has not invaded every C-suite, but it has begun to sprout in many of them. The most fertile ground seems also to be some of the most entrepreneurial operations.

Locally, I would look to companies like the Detroit Bus Company, Shinola and Rock Ventures. They operate in radically different spaces, but they all have well-defined and publicized missions. Their leadership is often questioned, as is the means they employ, but during their rise, they have always been committed to their storied cultures that inform their goals.

The most unique thing about these sorts of companies is they developed specific cultures and have recruited staff to complement them. Those personnel were integral in developing the principles these cultures are founded on. At Rock Ventures, and its associated companies, they live by the Information Security Management System, or the “ISMS”. These affirmations describe the culture; they explain the tribe’s cultural norms.

The Detroit Bus Company was a young entrepreneur’s conscientious answer to a societal problem. Andy Didorosi recognized that the Detroit Department of Transportation and Detroit Public Schools system couldn’t serve the people of Detroit in any meaningful way that their “customers” needed. 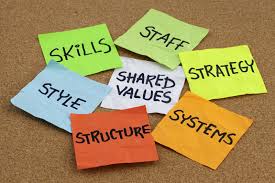 While the company seeks to solve transportation issues that affect those Detroiters, it has also developed other successful revenue streams. It’s a real company, not merely an idealism machine. Its people understand that and are committed to both its most idealistic and its capitalistic endeavors.

When a strong culture is matched with people who identify with that culture, it becomes a focused, effective organization. Those who believe in the organization end up “happy.” They want the company to succeed and get satisfaction from contributing to that success; they often develop loyalty. In a day of high personnel overturn, and seemingly arbitrary expectations from particularly younger employees, this is a phenomenon to examine.

There are others on the national and international scene; Patagonia (a large company specializing in outdoor clothing & gear) comes to mind, so I don’t think this is merely a Detroit phenomenon or a small company issue. I hope we are at a point in history where the “conventional wisdom” is about to make a next step in its evolution.

I would encourage you to put this trend on your radar. Note the next time you see a reference to a company’s strong culture or a mention of its current actions matching its stated mission. I would also suggest you examine your own operations. Do your people really believe your mission? Do they know what it is? Do they understand or believe it?

Examining your mission and culture should bring focus to your company’s purpose. It may also point out weaknesses you can mitigate. Aligning mission, culture, and people makes your organization strong.

After consulting, teaching, and training entrepreneurs for over 30 years, it is clear to us at Gadd Business Consultants that it is almost impossible to separate the entrepreneur from the enterprise. The culture of the enterprise takes on the culture of the entrepreneur. To successfully allow that cutlure to grow within the organization, it must not only be understood, but also be lived out in the daily life of the organization. The key is to build a foundation based on your core beliefs and values; then, reflect, them in your mission statement. Finally, use them when hiring your team and creating goals, strategies, and action plans.

Contact us today for help establishing a positive culture in your business!

From New Ideas to Planning

Knowing How to Motivate Your Staff